Our products can and should conquer international markets as well

We trust the local products - We produce what we consume

The effort to promote the local products, concerns us all

In 2006, aiming at improving the system, the above Regulations were replaced by Reg. 510/06 and 509/06 respectively, without changing neither their scope nor their objective.

Under Reg (EU) 1151/2012 (21.11.2012) of the European Parliament and the Council “on quality schemes for agricultural products and foodstuffs”, Regulations (EC) 509/2006 and 510/2006 merged into a single legal framework. In parallel, under the 1151/2012 Regulation there more quality schemes provided for, such as the optional information "Product of mountain farming", "Product of island farming” etc.

In accordance with the above regulations and under the reorientation of the Common Agricultural Policy (CAP), farmers are able to turn to forms of integrated rural development through diversification of agricultural production. Moreover, on the one hand the growers (especially in disadvantaged and remote areas) are enabled to promote more easily their products presenting specific characteristics, achieving the best prices in the market and thereby improving their income and on the other hand consumers can buy quality products with guarantees regarding their production, processing and origination.

"Designation of origin" is the name that identifies a product:

"Geographical indication" is the name that identifies a product: 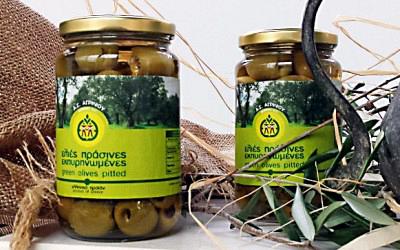 The Agrinio’s olives travel to many countries in Europe and beyond.

“Traditional Speciality Guaranteed” is a specific product or food that:

In order for a name to be registered under a designation of “traditional specialty guaranteed”, must:

Since 1.6.2006 the Greek Agricultural Organization "DEMETRA" (formerly Organization Certification and Inspection of Agricultural Products-OPEGEP, bearing the distinctive title AGROCERT), is responsible in our country for the approval of the applications submitted by the interested parties in the control system, for the controls in cooperation with the Departments of Rural Economy and Veterinary of the prefecture, for ensuring compliance with the standards, for the certification of such products and for keeping the Registry of Certified Business and the Registry of Beneficiaries, entitled to use the indications PDO and PGI.

What is the situation in Aetoloakarnania

Despite of the systematic efforts of the Union of Agrinio, in Aetoloakarnania, where stockbreeding is a predominant activity, policies followed in the past decades did not allow highlighting a line of products that could and should have an "identity". These products could have been a registered trademark regarding our region, giving prestige and providing more income to the producer.

The unique Aetoloakarnanian products of PDO are Feta cheese, the Kefalograviera and the Messolonghi Roe. Unfortunately, it was not possible to certify the Chondroelia of Agrinio or the unique lake smelt of Trichonis or the salt derived from the salt marches of Messolonghi, which by definition should be PDO.

Maize, durum wheat, barley, rice, legumes, oranges, lemons, asparagus, fresh tomatoes, watermelons, melons, plums, kiwi fruit, forage plants and various other fruits are still cultivated in Aetoloakarnania. At the same time, the region is on the top regarding goat & sheep breeding and milk production and it still holds one of the highest positions in the domestic pork production. There is noticeable development in cattle, as well, particularly in gregarious form.

The region ranks first in the domestic Organic livestock breeding. At the same time, bio-farmers are more than 3,100, engaged mainly with Table Olives crops, the olive oil producing olives, citrus trees, vines, vegetables and aromatic herbs. There are 75,000 decares cultivated with feedstuff intended to cover the needs of organic farming.

Equally developed is the aquaculture sector.

Finally, it would be an omission not to mention the preparation of traditional products, such as the famous trachanas of our villages, our traditional noodles, the bulgur, the birbilonia etc.

The Union of Agrinio, noting that the studies, documentation and proofs of the special character that a product can have so as to obtain the indication of PDO or PGI, are not enough calls all the political staff of the prefecture to cooperate in order to promote all requests that will be jointly assessed to the decision-making centers.

The Union's services are available to any entity, in order to achieve the goal. All necessary data are available. The only thing missing is the political will. We believe that through collective and methodical efforts, Aetoloakarnania shall obtain the identity that some of our products deserve, in order to take off. 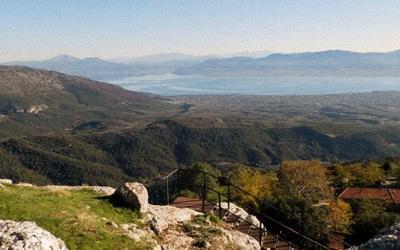